Under her reign, Spain launched five armadas against England. Sir Walter Raleigh sponsored the English colony of Roanoke, North Carolina, by 1585, but it did not last long. Sir Francis Drake was the first Englishman to circumnavigate the globe. And of course Shakespeare wrote many of his plays. Virginia was named after her, since she never married. 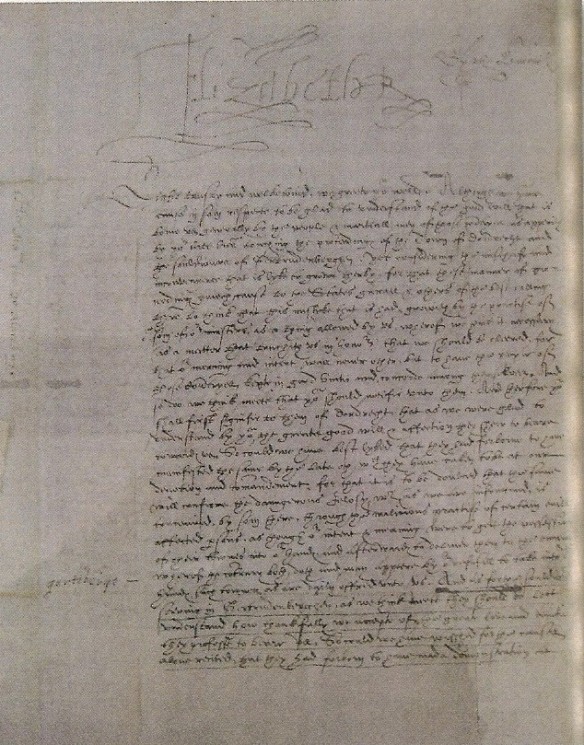 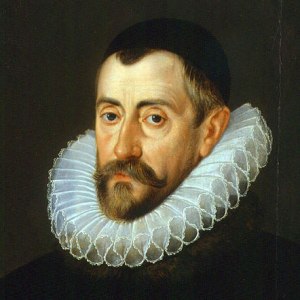 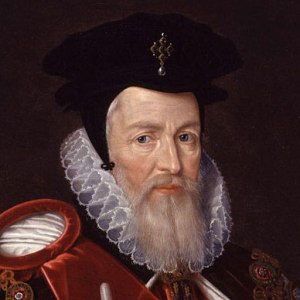 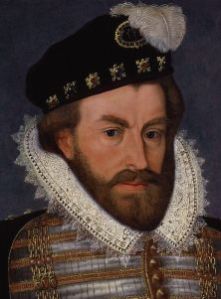 Bishops, archbishops, and all ecclesiastical persons and ministers and judges, justices, mayors, temporal officers or ministers or bureaucrats had to swear to this oath upon the Evangelist:

I, A. B., do utterly testify and declare in my conscience that the Queen’s Highness is the only Supreme Governor of this realm and of all other her Highness’s dominions and countries, as well in all spiritual or ecclesiastical things or causes as temporal, and that no foreign prince, person, prelate, state or potentate has or ought to have any jurisdiction, power, superiority, pre-eminence or authority ecclesiastical or spiritual within this realm; and therefore I do utterly renounce and forsake all foreign jurisdictions, powers, superiorities and authorities and do promise that from henceforth I shall bear faith and true allegiance to the Queen’s Highness, her heirs, and lawful successors and to my power shall assist and defend all jurisdictions, pre-eminences, privileges and authorities granted or belonging to the Queen’s Highness, her heirs and successors or united and annexed to the imperial crown of this realm. So help me God and by the contents of this book.

The act goes on to say that if anyone does not swear the oath, he will lose his office and livelihood and property. If he refuses a second offer to swear it, he will be imprisoned. After a third time, he suffers “the pains of death.” 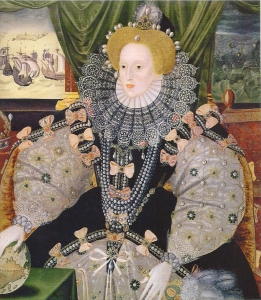 Just before or during the attack of the first Spanish Armada of 1588, Queen Elizabeth rode out to Tilbury (farther down river on the north bank of the Thames R.) to encourage her troops.

Dr. Lionel Sharpe, the earl of Leicester’s (Robert Dudley’s) chaplain and a Fellow of King’s College, Cambridge, was ordered to transcribe the speech verbatim as Elizabeth was delivering it.

My loving people, I have been persuaded by some that are careful of my safety to take heed how I committed myself to armed multitudes for fear of treachery: But I tell you that I would not desire to live to distrust my faithful and loving people. Let Tyrants fear: I have so behaved myself that under God I have placed my chiefest strength and safeguard in the loyal hearts and good will of my subjects. Wherefore I am come among you at this time but for my recreation and pleasure, being resolved in the mist and heat of the battle to live and die among you all, to lay down for my God, and for my kingdom and for my people, my Honour and my blood even in the dust. I know I have the body of a weak and feeble woman, but I have the heart and stomach of a King, and of a King of England too, and take foul scorn that [the duke of] Parma or any Prince of Europe, should dare to invade the borders of my realm. To which rather dishonor shall grow by me, I myself will venture my royal blood. I myself will be your general, judge and rewarder of your virtue in the field. I know that already for your forwardness, you have deserved rewards and crowns, and I assure you in the word of a Prince, you shall not fail of them. In the meantime my Lieutenant-General shall be in my stead, than whom never Prince commanded a more noble or worthy subject. Not doubting but by your concord in the camp and valour in the field and your obedience to myself and my general we shall shortly have a famous victory over these enemies of my God and of my kingdom. (qtd. in Guy, 2016, 108-09)

The most famous line: “I know I have the body of a weak and feeble woman, but I have the heart and stomach of a King, and of a King of England.” Surely a reference to her (authoritarian) father.

The troops were encouraged, the speech was printed up, and many people after the victory read it. A national hit. As to its authenticity, John Guy, an iconoclast of her “Gloriana” image, says, “Almost certainly … Sharpe’s version of the speech comes closest to the one Elizabeth delivered on the day” (109).

Mary: 300 in five years, while she had the support of neighboring nation-states;

Elizabeth: 200 in forty-five years and only four for heresy (Anabaptists). The other executions were done for challenging her right to rule in a heated context of assassination attempts and plots and international opposition to the point of five Spanish Armadas.