He was born on 28 June 1491 at Greenwich Palace. He succeeded to the throne on 21 Apr 1509, after the death of his father Henry VII. He was crowned 23 June 1509. He died at two o’clock in the morning, on 28 Jan 1547 at Whitehall, London. He was buried in St. George’s Chapel, Windsor Castle. His tomb was opened and his body was examined in 1813 …. Includes basic facts on his wives and children 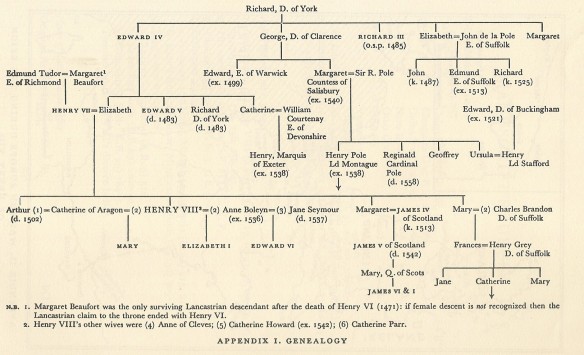 Catherine of Aragon in her younger years: Divorced and died

She was born in 1507, the youngest daughter of Thomas Boleyn. Anne and Henry secretly married on 25 Jan 1533, so Henry for a brief period was a bigamist. Anne was crowned Queen Consort 1 June 1533. She was executed on 19 May 1536, for adultery and hence treason. Anne’s mother, Elizabeth Howard, had difficult pregnancies and keeping them. This may indicate how things are about to unfold after Anne Boleyn’s pregnancies after Elizabeth.

Sir Thomas Boleyn married above his station, for his wife was the daughter of the earl of Surrey. His main estate was Hever Castle in Kent.

She was the daughter of John Seymour of Wolf Hall. She was born about 1509. Henry and she married on 30 May 1536 at York Place (later renamed Whitehall) in the Queen’s Closet or Oratory. She died on 24 Oct 1537, from puerile fever. One historian says it was caused by caesarian surgery, but another historian doubts a caesarian was performed on her. 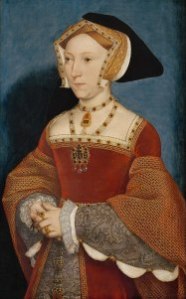 She was the daughter of Johann III, Duke of Cleves, and Count of Ravensberg and von der Mark, by Marie, daughter of William, Duke of Juelich and Berg. She was born at Duesseldorf 22 Sep 1515. They were married on 6 Jan 1540. The marriage was annulled on 9 July 1540. She died testate at Chelsea Palace on 16 July 1557 and was buried at Westminster Abbey. 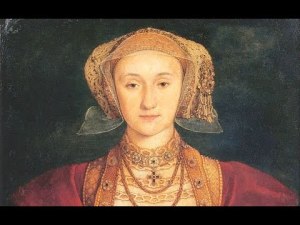 Anne of Cleves: Divorced and Survived

She was the daughter of (Lord) Edmund Howard. She was born at Lambeth, Surry, about 1509. They married on 28 July 1540, at Hampton Court Palace. She was executed for adultery and hence treason on 13 Feb 1542, at Tower Green. She was buried in St. Peter ad Vincula Chapel in the Tower. 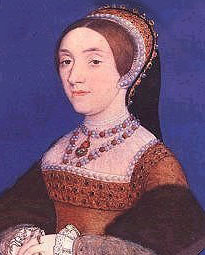 She was born at Kendal Castle about 1513 and was the daughter of Thomas Parr. She was the widow of Edward Burgh (d. before Apr 1533) and John Neville, 3rd Lord Latimer (d. 2 Mar 1542). Henry and Catherine were married 12 July 1543; she survived him and died 7 Sep 1548. She married Thomas Seymour at mid- or the end of May. She died testate at Sudley Castle, Gloucestershire, 5 Sep 1548 and was buried there in the castle chapel.

Catherine Parr: Survived by outliving him

This section does not include the miscarriages or stillbirths—Catherine of Aragon had about six, while Anne Boleyn had one miscarriage.

Here are the bare facts.

1. Henry was born 1 Jan 1511. He was the Prince of Wales. Celebrations all around. However, seven weeks later he died, on 22 Feb. Great sadness.

3. Henry Fitzroy was born in 15 June 1519. He was called Fitzroy because fitz means son or daughter, and roy means king. It implies illegitimacy. In any case, his mother was Elizabeth Blount, a lady-in-waiting of Queen Catherine and cousin of Lord Mountjoy. She caught his eye in the New Year Festivities in 1514. Elizabeth married into a family of gentry (a “gentle” family), the Talboys of Lancashire, with a dower of lands in that county and Yorkshire, assigned by act of parliament. Fitzroy was made duke of Richmond and occasionally was assigned political and diplomatic significance (Scarisbrik 147).

Henry VIII was panicky about his successor, so parliament passed a second Act of Succession, giving him the power to appoint whomever he wished. He was possibly about to appoint Richmond, but his illegitimate son died seven weeks later, on 22 or 23 July 1536. His father ordered the duke of Norfolk to take the body, wrapped in lead instead of a splendid royal coffin, hidden under straw in a wagon, to Thetford, where he was quietly buried.

4. Elizabeth was born 7 Sep 1533 at Greenwich. Her mother was Anne Boleyn. She was named after Henry’s mother. He had been alternating between Henry or Edward, but no, the baby was a girl. She succeeded 17 Nov 1558 and was crowned 15 Jan 1559. She became Elizabeth I. She never married. She died on 24 Mar 1603 at Richmond and was buried in Westminster Abbey.

5.. Edward was born 12 Oct 1537 at Hampton Court, delivered of Caesarian section (though one historian doubts this). His mother was Jane Seymour, who died almost two weeks later of puerile fever (no doubt caused by cutting her open, if a caesarian was done). He succeeded on 28 Jan 1547. Dying young of tuberculosis on 6 July 1553 (15 years) at Greenwich Palace, he never married. He was buried in Henry VIII’s Chapel, Westminster Abbey.

HIS PASSING AND SOME CONCLUSIONS

G.. W. Bernard, The King’s Reformation: Henry VIII and the Remaking of the English Church (Yale UP, 2005).