Elizabeth was older than this image shows, when Mary became Queen, but there was an age difference. 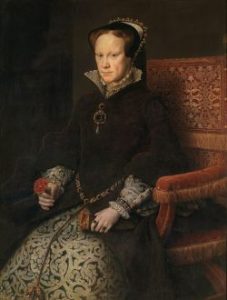 Mary I Queen of England

To summarize, let’s do a side-by-side comparison.